Basic table displaying "False" instead of just being empty

I have a bunch of basic tables, and none of my others ones do this? I can’t figure out how to get rid of the “false”. I thought maybe it was because i have visibility conditions but my other tables have some as well - albeit different conditions. Any advice? 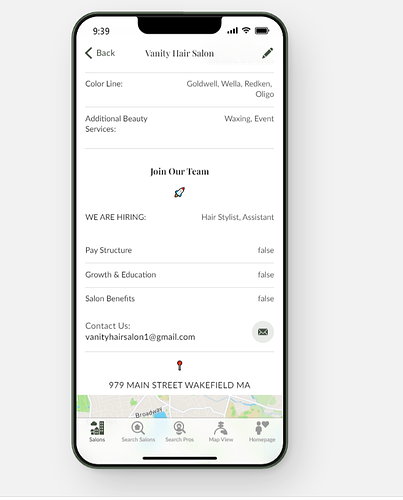 Looks like that table is attached to a Google Sheet - have you looked at the Google Sheet?
Seems like your basic table is (correctly) reflecting the values in the table.

they just showed up when i created the columns! It’s so weird, they are just basic text columns!

and it’s random which ones say false, I couldn’t find a connection in the database

Weird. What happens when you clear out the column value?

You can see in the database picture I attached above that all of them are empty except the brand new demo row i just tested. Half stayed empty upon column creation, half just popped up false.
I’m pulling from choice options table

and allowing salon owners to select from choice drop down

so that it will display here

none of my other tables have done this with blank selections

Can you show me the configuration of your choice components, including any filtering that is used?

I’ve seen that happen when a table is connected to Google and the column is first created as Boolean and later changed to Basic Text. For some reason, Google retains the column setting of Boolean for rows that had been interacted with even after the column is changed to “Text” in Glide later.

And for some reason, I cannot upload an image right now to demonstrate what I am talking about. It just churns: “Uploading 0%”

they just showed up when i created the columns! It’s so weird, they are just basic text columns!

add a column to a Google Sheet

Weird. I suppose it’s when the column is added through the Glide data editor? Or just added from anywhere?

Not sure about the GDE, but it definitely happens when done inside the Google Sheet. 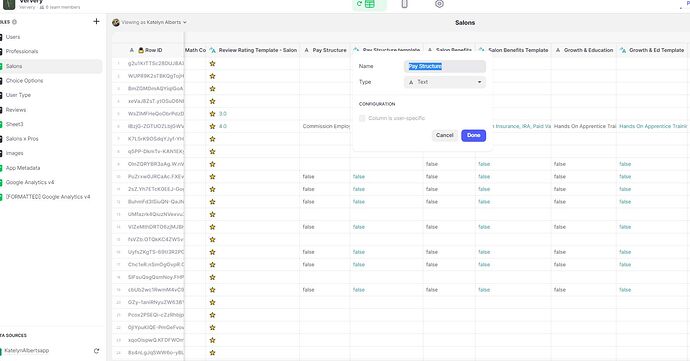 We would like you to click on the link “KatelynAlbertsApp” under “data sources” in the lower left and then screenshot the “salons” tab so we can see the order of the columns in your Google Sheet. It will typically not be in the same order as displayed in the Glide Data Editor.

is this the other thing you wanted to see? 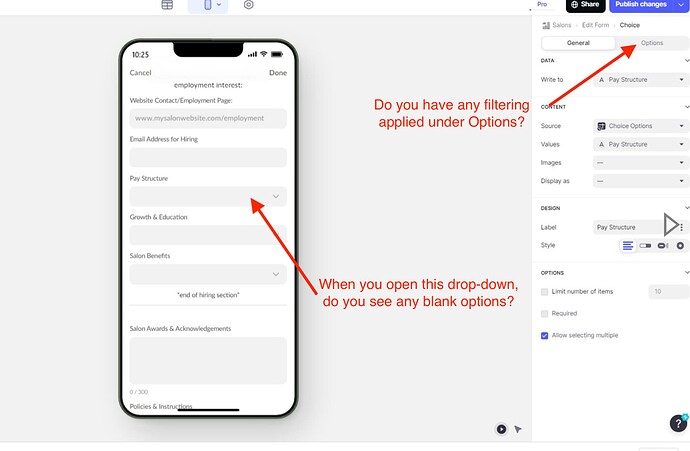 I can confirm this happened in my app as well, which is connected to a Google Sheet. I did notice when I opened my Google Sheet that it had boolean boxes for empties… I believe they were created in GDE using plain text as well. Might have duplicated a boolean and changed to Text, cant remember.

sorry for the delay, i was wrangling goats.

I removed all of them and still there 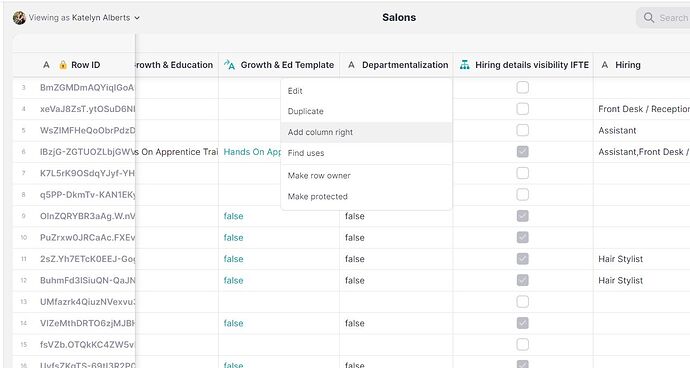 ok i think i figured out the source to the problem…sort of!! It’s jumlbing the information in all of these columns together. All of the ones that say false on my basic table are BL booleans minus the BN names. But none of these columns have anything to do with one another, or werent duplicated to create each other, and were created months apart. 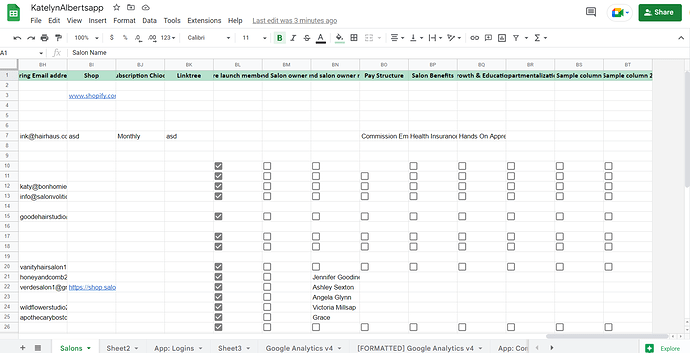 the other columns besides BL are not booleans, they are just text, but appearing so on google sheet

When the columns were created doesn’t matter, what matters is the column just before that contained booleans, and as @Darren_Murphy pointed out earlier, it took the boolean format as its initial state when Glide create a new column. It’s a known thing with Sheets.

So how do I fix it? And prevent it? I still don’t quite understand how a text column I created a year prior would be affected by a boolean I created a month ago?

So only the first one should be a boolean, and the rest should just be text entry columns, what do I do? And do i have to fix it on the sheet side as opposed to the Glide side?