Hello! I am creating an app that makes it easier to plan Quadball tournaments and collect data during a tournament. The front end is glide and the back end is airtable.

On the “details” page for each tournament
If the end user is the person who created the event (Tournament director’s email = users email), a form button appears that allows them to create a game linked to this tournament

Is there a workaround here? Or something I’m missing? 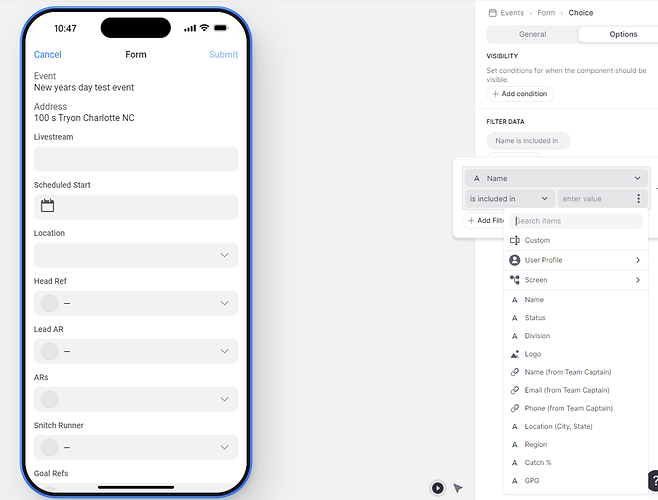 If you choose the Screen option, it should refer to the row of the parent record where the form button is located. 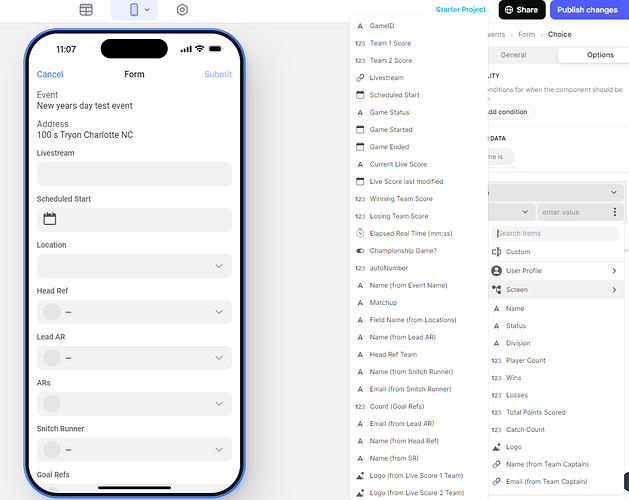 Ok. I might have been wrong there. Does your form write the team name or team ID to the games table at all?

The “games” table has a linked field for “Teams” that links to 2 records from the “teams” table.

Is that the question you were asking?

What I’m getting at is that if you pass the list if registered teams through the form using a Column Value component, and write it to a column in that game table, then I think your filter would have access to that list as a Screen Value in the filter. It’s a roundabout way of doing it, but it’s one option.

The other, and maybe preferred option, is to set up a custom action on your button. In the custom action, add a Set Column action to write the team list to a column in the user profile record. Follow that with a Show Form action. Then you would be able to use the user profile column (with the list of teams) in your filter.
(I would first duplicate your form button before doing this, because changing to a custom action will lose your existing form. That way you still have your old form to copy components from.)
(You could also write the teams list to the user profile when opening the details screen for the tournament. It would be the same kind of custom action, but you could leave your existing form as is without recreating it.)

That’s a perfect solution-thank you SO much 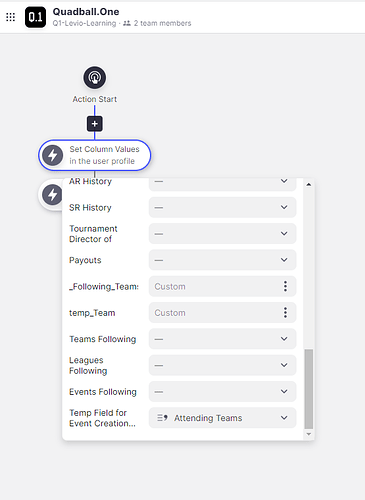