Delay in sending data to webhook

Is it possible to set a delay for sending data to the webhook? I have a problem with GS that is a bit late with calculations. That’s why I need such a delay. Glide sent the client an email with blank data because GS did not have time to count. I am using my own action for this event.

By GS I assume you mean Google Spreadsheet?

Rather than trying to delay the webhook (not possible as far as I’m aware), why not do your calculations in Glide using computed columns? This will eliminate any sync delay and you’ll get instant results.

If you don’t want to move it to Glide using computed columns, which should be the preferred way, you can set a delay module in Make/Zapier to allow your Sheet enough time to calculate. 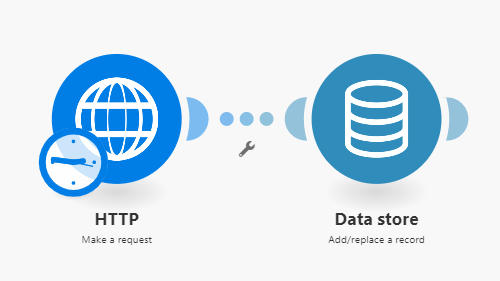 How to Create a Longer Delay Than The Sleep Module - Academy

This tutorial shows you how to create a delay for a longer time (days, months etc) than you can with the sleep module.

I agree with this and up that this should be looked after.

Ill be posting it as a feature request.

Had the same issue reported on friday, spent the whole day trying to figure it out.
I am using glide tables and even with them i am having a minor delay that affects the zappier trigger.( or any webhook)

Since the delay affects the allocation of the variables values there is no point in adding the delay in zappier since the variable has already been passed on.

The workaround I ended up doing was adding a bunch of useless actions ( 7 jotification actions in a row inside glide) before the action to trigger the zap.

Those extra ms allowed it to process my variable and send it correctly to zapier , instead of allocating a null value to it.

there is no point in adding the delay in zappier

It’s a bit of a different approach compared to passing the variable directly. With Sheets, what I would do is passing the rowID, then give it a delay before “searching” for that row and getting the result.

I’m curious, what type of calculated column are you experiencing the delay on, if you’re only using Glide Tables?

It has muliple steps befor getting to the final result that gets passed on as variables to Zapier.

1 - I get a relation of customer - Manager from another table. (just using a relation column);
2 - I use a lookup to get e-mail values from this connectec table;
3 - Then I get the product categories from another table (again using a relation column);
4 - Once Again I lookup some values on it;
5 - Then I join those values using a joined list in order to create a mailing list;
6 - Then I format this list in order to create a long list of recipients, because since a manager couls be part of multiple clients , he/she would be listed twice on the recepients list so I take those entrys out.

All that using glide tables, sounds complicated but it is pretty basic just many steps because of the client/ category hierarchy. That might be why it takes a few ms to process and therefore leading to the issue I mentioned.

What I would suggest is to create a custom form, pre-calculate that email list and send it over to the webhook alongside other variables to see if it enhances the performance. I assume you’re using an on submit action.