I can’t believe the news that Glide is thinking about ditching Apps in favor of a fudge future where 1 size fits all.

I program Apps that are 100% focused on mobile usage. I shouldn’t need to learn about pages and put up with all the formatting compromises. This smells like Glide has invited a consultancy company to develop a strategy for future growth and they have simply joined the dots between corporate revenue and platform usage.

Have you watched the video yet?
Probably better to do that before jumping to conclusions

Ok I watched the video - thanks for sharing.

Overall it seems a big net gain in trade offs vs benefits. I particular like the prospect of integrations without needing to use Zapier and the like (pls include WhatsApp if possible). These are tools I would love to use. Can we assume the tools like create pdf also include printing options with page set-up?

The discussion about the transition seems muddled. It is scary to learn about a hard stop for new Apps in the first few months of 23. It seems reassuring that Glide wants to transfer 99% of App features into pages but the I’m wide eyed at the prospect of all Apps being translated into pages… I imagine this could be troublesome. Hopefully it happens with a window to fix the new versions before the old get grandfathered.

I have no interest yet in big databases. I would prefer to see an update on Glide’s experience in dealing with corporate requirements for privacy and security including GDPR.

Lastly, I feel the feature missing today is the ability to copy contents of cells to clipboard and/or a destination cell that can later be used for other things. It would also be tremendous if we could import and export row ranges (partial sections of Glide table), or append with custom import actions.

Are you looking for how to integrate Glide with WhatsApp?
i have a glidepage with whatsapp integration demo. using glideapp or glidepage it can still be integrated with WhatsApp as long as it uses a spreadsheet database.

please open this link try it … if interested I can help you. 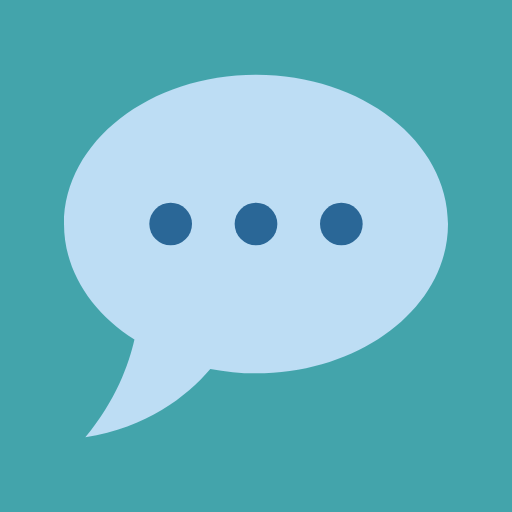 Simon I was pretty annoyed with Glide’s strategic decision to build pages also. Glide has a habit of rebuilding everything over and over again, vs continuing new feature deployment. They rebuilt the layout editor how many times? Now the whole Glide platform? Just for some measily desktop support, which makes up less than 30% of users and dropping anyway. (Ya ya, I know, glide for B2B. B2B uses more desktop.)

However, Pages is basically the same as apps. A few missing components from apps (which they are catching up). A few new components vs apps. And some more code-free components (maps, form submissions, list searching, etc) which make no-code much easier.

Problem is Glide will have a 8-16mth development dead zone while they re-invent the wheel again here. They could have instead been rapid launching new features in this time and hack-solved desktop limitations with a different emulator, so we don’t all have to migrate.

I guess cutting losses sooner can be better sometimes. It avoids having a “sunk-cost” dilemma and being committed and “capped out” to a framework with a glass ceiling. Doesn’t change the angry user posts here though. Just my thoughts.

PS: Yes I know Glide says apps are “staying”, but they’ll eventually get phased out IMO. They can’t manage and deploy duplicate features on 2 different platforms efficiently. It’s resource intensive. Sooner or later enough userbase will have migrated to pages, change resistance will have dropped, and they’ll just trash apps and focus solely on pages. Maybe a year or 2, JMHO. Or maybe they’ll reinvent the wheel again!

Apart from my diatribe. Are there any current fast migration solutions to move apps to pages. Or we have to build it from scratch? I know there’s some legacy paid account structures playing into this as well. IE: I can’t upgrade my current paid account because it’s on legacy structure. So I have to move to new account, but I’m scared doing so will lose all my active sites which are live. Any comments?

Sorry for the novel folks.

Actually, no they haven’t. They’ve made it quite clear that Apps are on the way out and they will eventually stop supporting them. But that’s at least a year out and probably longer.

Apart from my diatribe. Are there any current fast migration solutions to move apps to pages. Or we have to build it from scratch?

“Create Page from Data” is the current best approach that I’m aware of. I’ve done it for a handful of projects and it’s not too bad. You still have to rebuild pretty much the entire UI, but your backend table logic survives the transition intact. And (for me at least) that’s what’s most important.

Actually, no they haven’t. They’ve made it quite clear that Apps are on the way out

Ohh ok. Yes, this narrative has been changing with time it seems. Thanks for clarity.

“Create Page from Data” is the current best approach

Ok will try this. I don’t have many, so it’s not hard to rebuild. But others may be a bit more committed. Thanks for being helpful as always @Darren_Murphy. You and a few others in this community (@ThinhDinh, @Jeff_Hager especially) have been an absolute godsend during these growing pains.

I think it’s safe to say that in the next year Glide will have a suitable migration process. I wouldn’t get all worked up about converting Apps to Pages yet. Be patient. It’s still early in the process and Glide has a genuine interest in making the process easy and seamless for everyone.

The advantages of Pages will also become more apparent as the year progresses. If you are going to attempt an early migration from Apps to a Pages, I’d say just take your time. Don’t feel like you are up against a tight time limit. If you want to do it…fine., but don’t feel like you have to do it tomorrow.

For the time being, I’m not worried about getting my apps converted to Pages. If I have time, I’ll do it myself, but if I don’t get around to it, then I trust Glide will have an easy way to migrate with minimal effort on my part when the time comes.

I think there is a good reason for this whole process. Apps were originally built on an old computation model, and old code that was hard for glide staff to maintain and add new features. This led to a new computation model that was first introduced with Pages and fleshed out before making it’s way to Apps. At the same time, there was a push for apps that had a more responsive design that dynamically adapted to a wide range of devices and resolutions while still looking good on all of those devices (Apps desktop mode is nothing to write home about). To build something like that into existing Apps would require a massive rework of the underlying code. Something like that is not easy to do with a live product. Programmers are human and bugs happen when you start ripping into code. The less you have to touch code, the better. It makes a lot more sense to rethink the whole underlying design and structure without messing with an existing structure built on old code. Start fresh, and you’ll ultimately end up with a better product. Trust me, as a long time developer myself, the goal is not to rewrite code just for the sake of doing it. If the time comes to rebuild something, then that’s the time to step back, learn from past mistakes, and methodically plan for a better and more sustainable product. Glide isn’t trying to make this hard for anyone. They learned a lot in their first few years and have come up with a better and more seamless process for maintaining the underlying code, easily adding new features, enhancing the interface, and improving the end user experience. At the same time without majorly corrupting or causing issues with the old App experience that people have been used to for years.

Thus we have Pages, which will far surpass Apps as the year progresses. Wait 8 to 12 months and then see how you feel about Pages as it compares to Apps. In my opinion, that would be the appropriate time to compare Apps and Pages to determine which of them you prefer. The Glide team and several experts will be involved in this transition over the next year. There is a genuine shared interest in making it a smooth process.