It seems that if a table is sync’d with Airtable - and I add a text column within that sync’d AIrtable table - it can only be User Specific.

Is that really the case, or am I missing something?

I think that is the case with both Airtable and Excel. Only Google allows normal columns to be created through the API connection to the third party data source. Your only option is to create the new columns in Airtable.

Shame - as I don’t need the column to sync to Airtable. I was only using it for a simple “Status” field for some log entries (main log entries stored in Airtable) so that the interface would be snappier and not suffer from a lag whilst the data sync’d with Airtable.

I think it’s an Airtable limitation where you can’t create basic columns in Airtable externally. To work around that limitation, Glide still allows you to create a column within the data editor, but the only option is to be user specific, which isn’t ideal since user specific columns hold unique values for each user.

There’s nothing stopping you from creating the column within Airtable though.

If you create the status column in Airtable, then it will be non user specific in glide. I really don’t think it should affect performance in any way. It may take a bit to sync to airtable, but Glide still keeps a copy of the data on their server. It really shouldn’t affect app performance. The app has no idea whether or not Airtable is involved. It’s only communicating with the glide servers, and it’s the glide servers that communicate with airtable. As long as you aren’t expecting something to happen within Airtable when that status is updated, then your app should work normally as it’s updated immediately in the app and synced immediately to the glide servers.

There is a bit of a lag when updating the status (which I was trying to avoid) - see video on the link below.

I think that’s to be expected though using an external data source? But it is what I was trying to avoid by using Glide Tables just for the “Status” part of the app (comments are nice and snappy - they are in Glide tables)

That lag is surprising to me. I wouldn’t expect that, especially if you are setting and displaying the same column and it’s just a basic column. I use Google sheets as a base for a few of my projects and any changes made in the app are represented immediately everywhere else in the app…regardless of how long it takes to sync the data back to the google sheet. I don’t use Airtable, so I’m not sure if it’s different, but I wouldn’t think so.

It would probably be a bit more of a setup, but you could create a glide table with an ID and a status column. Then create a single relation from the project table to the Glide table and set and retrieve the status that way…but that seems unnecessary. I’d be curious to hear from others that use Airtable if this lag is normal. I don’t think it is. Unless maybe you have some heavily calculations that are causing the table to take a long time to update. Weird.

You’re quite right - the data seems to be written to Glide backend first - then sync’d to Airtable. I Gad my Airtable base open in one window - and the glide app open in another - and you can clearly see the data apprearing instantly in Glide - then Airtable a few moments later. 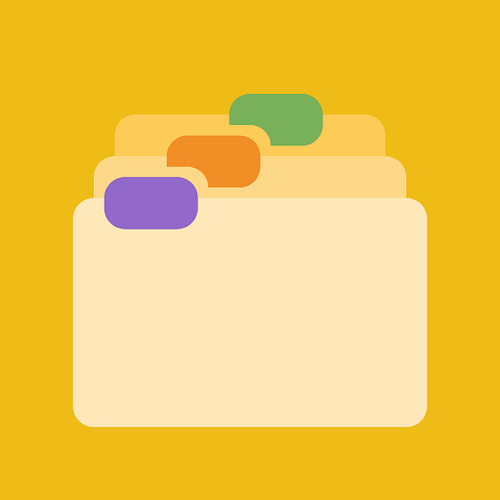 So I will look into streamlining my main project. Not sure what is causing the lag - it’s not complicated - but interested to find out. I may even build it again from scratch and see what’s causing the lag.

Thanks again for your help with this Jeff - think I got to the bottom of it!

I’ve put below what the Issue seemed to be - and suspect it was bad practice on my part (but you live and learn),

But I was grouping on a “Status” field - which was a Linked record field in Airtable (linking to a separate “Status Table” in Airtable).

In Glide, my choice component was set to write to the linked field in Airtable. Doing this meant that there was a lag of a few seconds between updating the Status in the Glide App and it being written to Airtable, then another lag when it was sent back to Glide (I guess?)

The solution for me (and again, I suspect this is written as best practice somewhere!) was to write the status to s simple text field (and have the choice component look up the options from a table in Glide) You can see this quite clearly in the videos on the links below. Works like a charm now!

The only issue I have now, is making a relation somehow in Airtable. I’d like to set up some Airtable automations to send emails when a comment is added to an issue for example - but as there is no linked record / relation set in Airtable - I just can’t see how to do that. (But will keep trying)

Regards and thanks,
Andrew

Ah, that makes sense. Yeah, I think most people that use Airtable, use it because of how powerful it is and all of the extra functionality it has. When using it with Glide though, I think it’s best to use Airtable purely as a place to store data and rely more on Glide’s internal logic when possible. Things like Linked Records end up being a hybrid between a basic column and a relation column. They work, but may not be ideal. If at all possible, I think it would be better to maybe have a linked record only for Airtable’s use, but still create a normal relation for Glide’s use. Since I haven’t really used Airtable, I’m not sure how that would be set up.

I use Google sheets for some of my projects. In some cases, I still rely on a couple of google formulas to handle things I can’t reproduce in glide, but overall, I’ve moved all other logic to glide. For the most part, my google sheet is just a place to store data and doesn’t do anything beyond that.

Glad you figured it out though.