So I’m using this formula to avoid blanks since the list will change and increase or decrease in size:

Ya, I’m always nervous about doing that as well whenever a client wants me to add in that functionality to an existing live app.

Same…I’ve been using my scripts but I figured might as well try the webhook way.

I dont know how to set up this

The values is just the column that has the list of emails to send to. It filters out the blanks and separates them with a comma.

Is that what you were looking for? Or the script way? Ahh, I think I know what your refering to. Ok, so what I did was gather every carriers email to text address. I listed them here.

I have a solution for PUSH NOTIFICATIONS. It works with IOS and ANDROID. It is quick and has ZERO cost to everyone. You can do this in your google sheet or a separate sheet that is linked to your original (I used 4 linked sheets, I’ll explain later). 1st you setup on your sheet a variable or value you are wanting to trigger the notification. This data will need a VLOOKUP formula to link to the person you want notified’s phone number and phone carrier, so when the vlaue on the sheet is found usin…

With those I just have everyone in the app add their phone number and choose one of these carriers from a drop down list. It’s mandatory for our employees. and i use a simple vlookup to lookup the send address to the carrier list and append that to the phone number. In their employee list theres a column for phone number and carrier. then theres the notification column. The notification column has this formula in it:
=ARRAYFORMULA(IF(Q2:Q="","",R2:R&VLOOKUP(Q2:Q,‘MISC TOOLS’!Y:Z,2,FALSE)))

I’ve been using a lot of webhooks recently. Both using my own scripts to post to a webhook, as well as using the new Glide webhook action.

I’ve found that there is a time and place for each:

All of this is with Integromat webhooks, which I’m very rapidly falling in love with

I have notifications that go out when the status of something changes. This change can occur on its own over time or when someone initiates the change. Its unpredictable. And it has to occur immediately not within a couple of minutes. That is why I still use scripts.

Yup, that’s my second case.
I have email notifications that go out with SLA breaches. A script runs on a (1 minute) time based trigger to check the duration of any active outages. When a breach occurs, a second function is called which posts to the Integromat webhook, and the email arrives within seconds.

Yeah 1 minute is still too long. I run onChange script events that are set to specific cells and/or columns to trigger the notification.

That’s interesting - what causes the changes in those cells?

Times that fluctuate, Sold Items, Customer complaints, survey score change, etc.
Just a lot of factors. All different triggers, but theres about 6 or 7 more that utilize the same idea. The one im building with webhook is just mass notification for the company.

How did you make the contact icons from an inline list in the first screen in the video? Can anyone tell me how to do that? 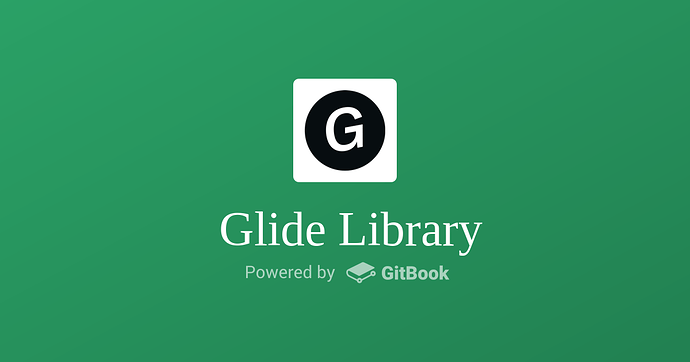 Working with the tiles layout

Is anybody aware if we could directly trigger qpps script with a webhook?

Currently I use the onedit or onchange trigger.

Do you mean trigger Apps Script using a Glide webhook, or???

As far as I know (and have observed), an onEdit() trigger will never detect a change/edit that comes from Glide. A change that originates from Glide will only ever fire an onChange() trigger.

Yes trigger Apps Script using a Glide webhook. Is that possible?
(Currently Apps Scripts gets triggered from the GSheet)

OnEdit does’nt work for a new row, works for existing.
OnChange works for every new change in the sheet and that’s too many executions on Apps Scripts which I am trying to avoid altogether.

I guess it would be possible, but you’d need to create your own web service to listen for the webhook.

Are lots of executions actually causing you problems? I have triggers in most of my projects that are fired thousands of times a day, and I rarely see any problems.

OnEdit does’nt work for a new row, works for existing.

I’m surprised to see that, as I’ve never been able to get an onEdit trigger to fire with a Glide change. So I’ll have to do some more testing

What about if you set your GS Script and deploy it as a Web App?

In this way your script will be running (in “background”) listening and waiting for parameters to run as soon as possible.

This is what I thought too.
Do you have any tutorial links to create a web app from the script and create a webhook out of it.
I have never done this before.