Is it possible to click on the map and have the Map UI be open in a web view of some sort instead of opening the default map app or opening a new tab? iirc this was possible before but for some reason my app now opens google maps/opens a new tab instead.

Are you using the map component, the inline list map layout? There should be an option for you to construct the desired action you want when clicking on the map/the pins on the map.

I’m using the map component. I’ve tried setting an action to open a google map link in webview when clicking the map but it just doesn’t work! I think my only solution here is to embed google maps but I’m still hoping there’s a different way. 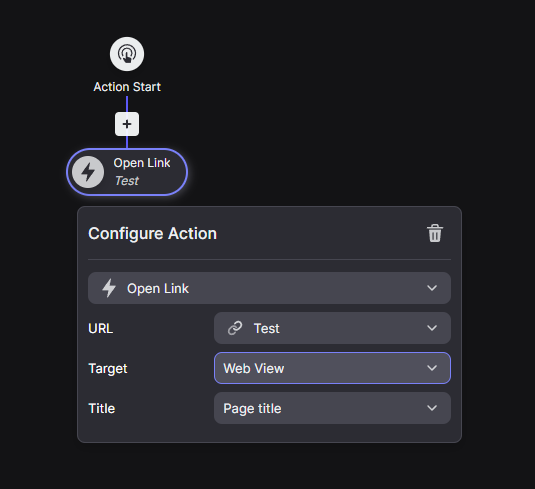 Video of the issue

Am I seeing that right…you click on the map and a new image component mysteriously appears???

Haha i think that’s just an issue with my mouse. I think the map component is really just a jpeg and I accidentally just dragged it and it became an image component in the canvas.

I’m using the map component. I’ve tried setting an action to open a google map link in webview when clicking the map but it just doesn’t work!

So it doesn’t work in the sense that you are not able to embed it in a web embed component? I’m sorry but due to the issue you and Jeff discussed above I’m not sure if the embedding works or not.

I think the problem is that you really shouldn’t be allowed to use a custom action on the map component. The only action that should be available is the ‘Show Address on Map’ action. Notice how none of the other actions are listed. 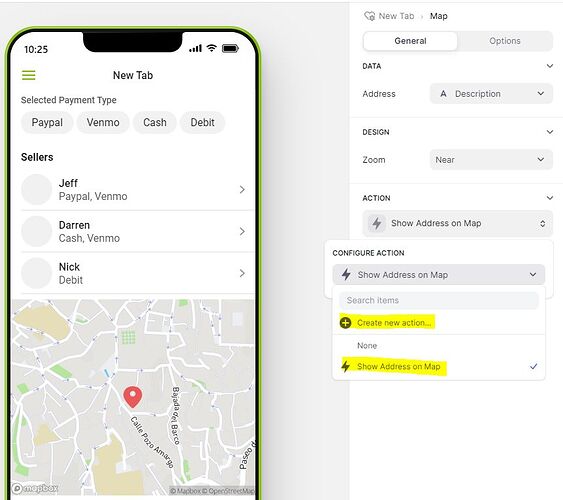 I think the real bug is that Create New Action is available as an option when it shouldn’t be. There is also another problem that whenever you add a custom action or select none, then you have no way to go back to the Show Address on Map action without adding a new map component. Overall, I don’t believe the map component was ever intended to have any other actions other than ‘Show Address on Map’.

As a better alternative, I would consider using a Title component instead, which will allow you to show a map in place of an image. The title component will also allow you to apply actions normally, and they will work as expected. 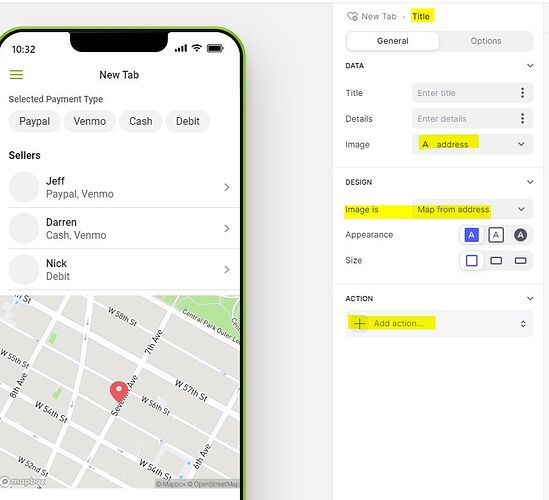