I’ve was trying to achieve this a few days ago, but the Rich text Custom code was already not working.

It’s not supported in Pages, but it should continue to work in Apps (although not officially supported).

I love the way these social icons look!! Could you share with me how this was done??

Fortunately, the jury had the time to study my prototype July 18 or after. Or they didn’t bother at all to grant me my PM diploma anyway. Lucky me. I’ll rework my app later.

Or maybe I’m not viewing from the right angle, so feel free to express how you would do, say, etc.
Thks, David.

How would you articulate the changes that experts & no code agencies here have to answer to their customers? How would you recommend them to officially “sell” the future advantages to show how much they will gain as compared to lose, for example.
Everything on performance, sustainability, compatibility, integration of external tools…?

Custom CSS - No, the sky is NOT about to fall in Custom Code

TLDR; For those amongst us that generally only use CSS for minor tweaks, there is most likely nothing to worry about. Since the announcement from David a couple of days ago, there has been quite a stir and a lot of discussion about what is and isn’t supported, and what will and will not break. Fortunately, I’ve been lucky enough (along with a few others) to be able to preview and test the changes on some of my apps. This topic is a summary of what I’ve found. But first, the important stuff… …

I don’t know, @Darren_Murphy but thks (hi, btw! long time no see). Just noticed yesterday that my proto & the lab version for the community does not open anymore on my “door” but the 1st visible item in the “Menu”. I just try to duplicate my door to place it in that spot, just in case. I’ll test thoroughly later. As you know, every test is so time-consuming. And I don’t want to bother the Community with that: you all have enough on your plate! Time is right to reconsider my priorities.

For me, the changes may not be finished, so maybe it’s just temporarily “sparing” the existing CSS/HTML

Yes, you were doing some pretty funky stuff in that app of yours. So quite possibly some of that might have broken.

Is it forseeable meanwhile when the changes will happen?
I d be glad if I could do some planning for making the adjustments

It’s already live for newly created (not copied) apps.
Don’t know when it will be applied to all apps, but expect it will be soon.

As of yesterday, existing paid apps are being converted to the new computation model, so I would imagine that within a week or two, everything will be converted and the conversion will be mostly complete. They have been rolling it out for several weeks now. Since I really haven’t seen any complaints, regarding CSS, I would imagine that it’s been a smooth process. I think the worst case is unstable class names may change, but everything else has remained stable. I’m not saying that there won’t be further changes, but if you haven’t noticed anything already, then you are probably fine.

Any way to know (from the Builder) that you are running the NCM?

That’s a really good question. During initial testing, a few of us had the ability to enable and disable NCM manually. Beyond that I’m don’t think there is a solid indicator that you are on NCM or not, BUT, I think if you look at the privacy settings, that may be a good clue. I’m guessing that I still have several apps on the old model (I have some legacy legacy stuff). The privacy settings look different on those old apps. Whereas the privacy settings on newer apps looks different. If you have the new privacy settings layout, then you are probably running NCM. 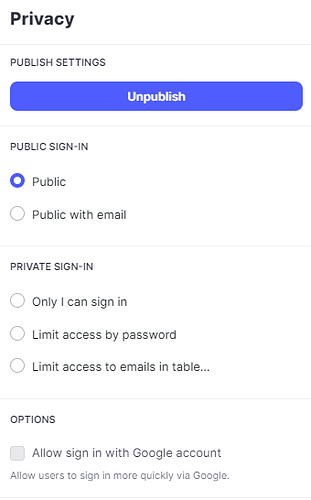 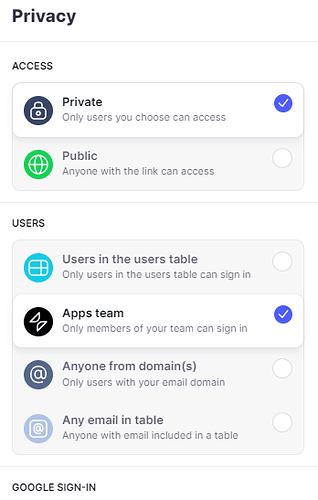 Wow please add this to the top of this topic

. I nearly had a heart attack! The part that says, its still possible only the component names change