I have a problem. I need to convert an existing Google Sheet Tab to a Glide table. There’s been no mention of a timetable for Google Sheets to be convertible in the same way the Excel and Airtable tables are convertible now.

When I export the data to a .CSV and re-import it in to a Glide Table, the Row ID column is not recognized as a Row ID. If I add a Row ID column ALL my relationships will break in all my other tables!

I have a lot of data. 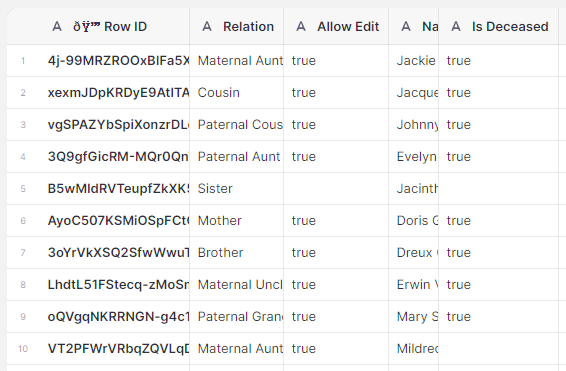 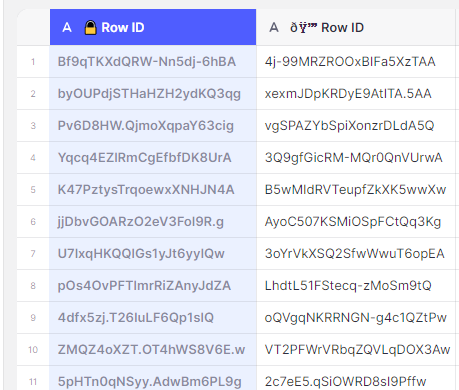 I assume it’s a no. It has never worked that way since the import function was introduced.

After giving the problem some thought, I was able to resolve the issue by changing the field in the related table instead of trying to change it in the main table. Fortunately for me, I only had one related table, but the solution would have been the same with more than one table; it just would have taken longer.

I had another table I unfortunately had to scrap because it was a historical data table and had records in it from multiple other tables. I could have found the relations, but in this case, the work required was not offset by any benefit of keeping the data. It was more-or-less a log anyway.